I’ll get right out there and say it. I love Eurovision. It’s one of my favourite televisual events of the year (right up there with Tom Hardy reading the cbeebies bedtime story). I decided to mark the occasion by making a visual excitement indicator. The tweets came later.

I wanted to show how excited I was about each song during the contest using bright shiny lights, and LOTS of them. I have been doing a lot of stuff with Flotilla, a bright and cheerful system from Pimoroni that supports up to 8 little modules running off a dock (which has an actual octopus printed on the back). One of those little modules, the Rainbow, is a stick with five lights on that you can change the colour of. Bingo. I would actually put seven of them on the crown, but I am a muppet and cut my cardboard too short, and am skilled in the art of being lazy. 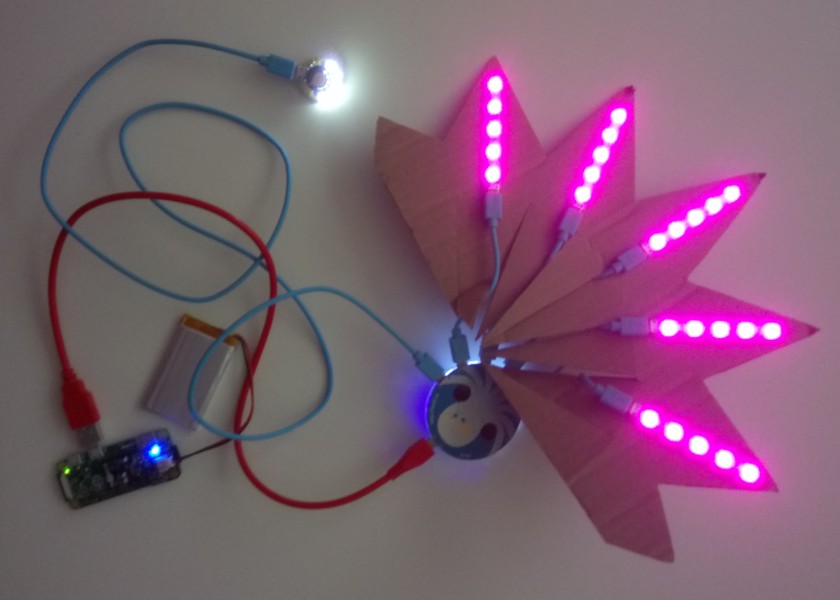 So, in short, there are five light strips running off a dock connected to a Raspberry Pi Zero (a very small £5 computer), which is running a program that changes the amount of lights on each strip depending on what rating I give a song. I used the Dial module (another Flotilla part) to give a rating with. I can turn the dial to any of 1023 positions (yeah, I can’t tell, which is why the five lights around the edge come in useful) and a line of code takes this and makes it into an “out of five” rating. I can see the rating out of five light up on the dial, which tells me that (hopefully) the light strips are displaying that rating. As a nod to the rainbow glitter joy that is Eurovision, I chose a rainbow light pattern to cycle through, no matter how many lights are on.

In the centre of the crown is a Pimoroni ScrollPhatHD mounted to the second Pi Zero, which is a Pi Zero W (£10 tiny computer). The difference is because I need this one to connect to WiFi, because it is running a program that goes to twitter and looks for the hashtag #Eurovision2017, then takes the text from the tweet and adds it to a queue, which then displays as scrolling text across the ScrollPhat display. The code for the program was written by Glenn Jones and is available on github.

After I fixed up all the tech (with a fair amount of help from Sandy McDonald because I am a Python noob) I mounted it all on scrap cardboard using a combination of tape and M3 plastic screws, and glued everything shiny I could to it. My Christmas decorations box has taken a hammering. A bit of gold paint and glitter later, and we are complete. 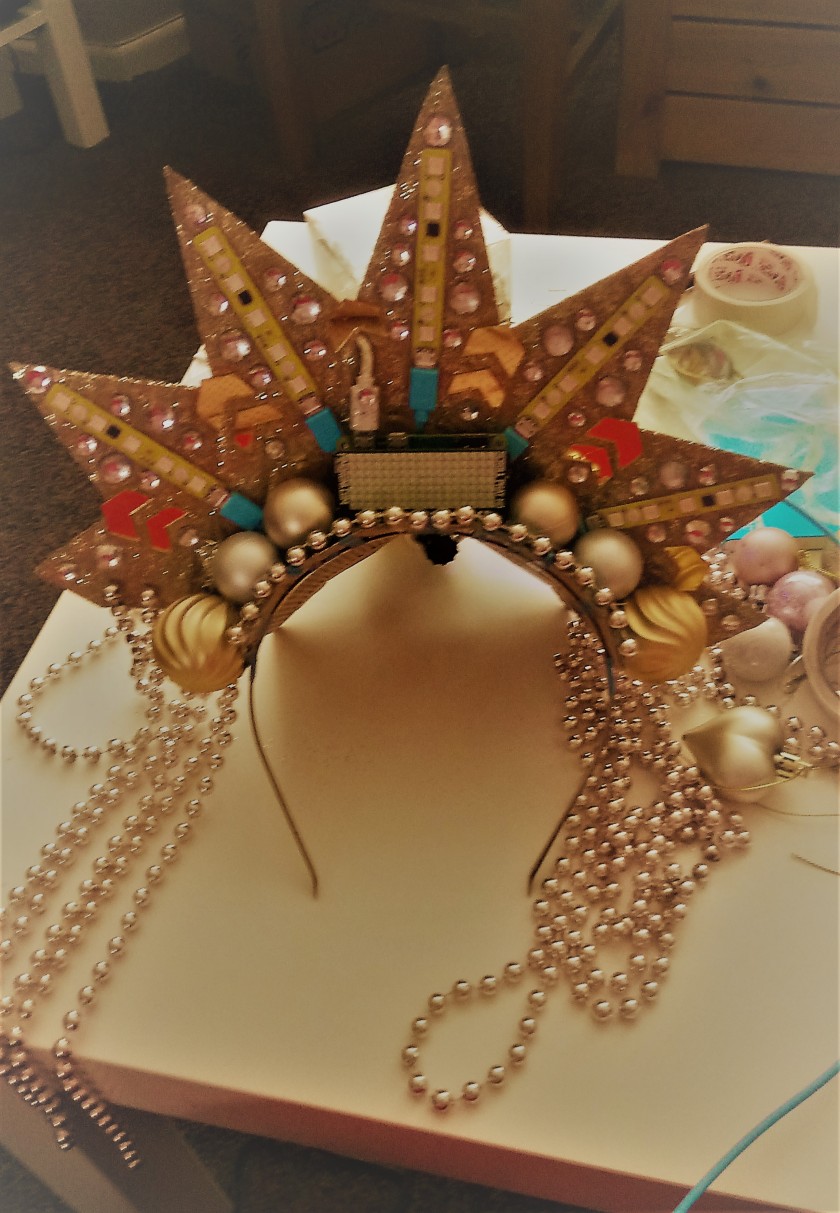 Both Pi computers run off batteries, one is using a lithium rechargeable battery, and the other is using a £1 emergency phone charger that I got from Poundland. The batteries are mounted with tape and willpower behind the crown, so the entire rig is wearable and portable. 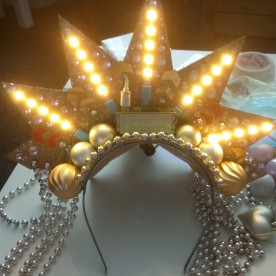 Have a great Eurovision, whether you’re watching it or not! After the song contest finishes I’ll probably change the hashtag in the program to whatever event I’m at, so look out for it at Maker Faires or RaspberryJams.