I’ve always been a fan of the Mad Max series, and also of great mean-looking cars. I recently went to Pi Wars, an event where Raspberry Pi computers are used to control robots to complete a number of tasks, and was inspired to make my own. Having not made a Pi powered robot before, I started with a kit from Coretec Robotics, which is the brainchild of Brian Corteil, and sold by Pimoroni. 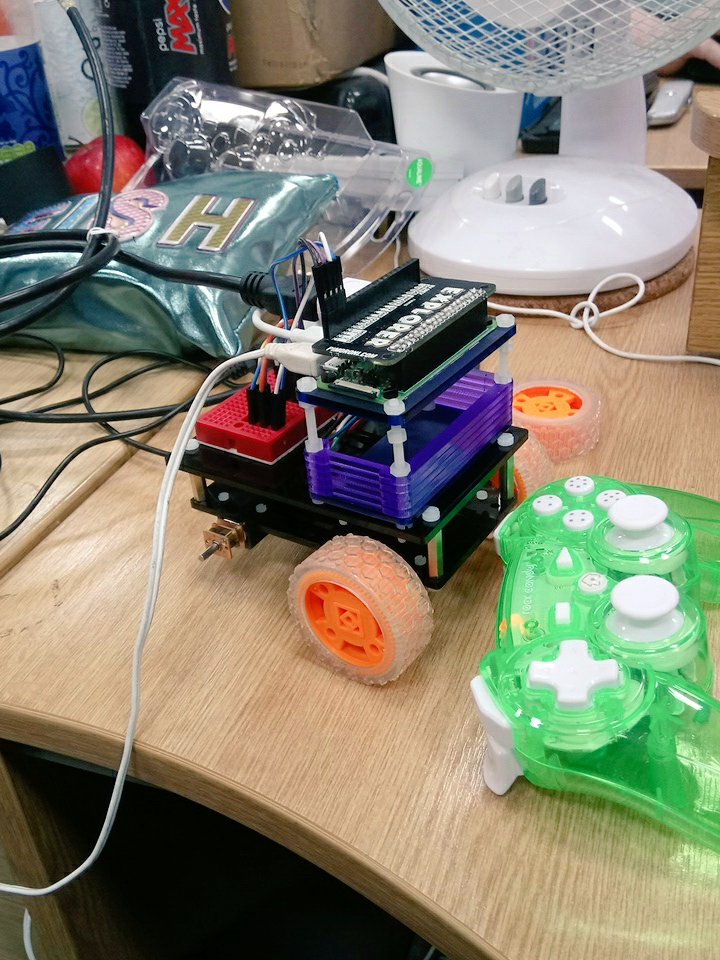 The kit is so simple to put together (especially if you follow Emma’s instructions here) that it leaves you with a great deal of time to customise the project. Although the kit comes with a front piece to mount a camera on, I don’t have a camera yet so I left it off.

It swiftly became a glue gun frenzy after I’d made the robot chassis itself. Wooden barbeque skewers were my starting block, and then I glued plant markers on to make the sides. I used non slip matting for the “netting”, and a power brick from Poundland to run the pi and motors off. It was fun making fimo skulls and bones, which I threaded on to some strips cut off a chamois leather, and then used the rest of the chamois to make a dress for the doll. 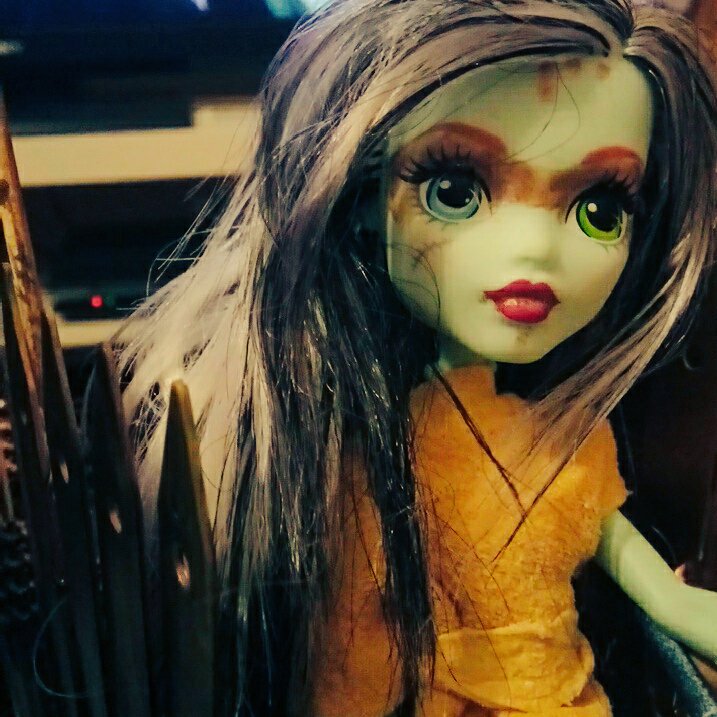 Duffed everything up a bit with some matt black paint and some bronze plasticote, and then it was ready to roll.

To make your own, you’ll need a pound shop visit for Things To Glue On, a Raspberry Pi Zero W (wireless and bluetooth useful for remote controls), a Tiny 4WD kit, and a controller. I used a Rock Candy PS3 controller, as Brian has handily put the code for it on github, but I understand he’s now added blue dot control, which means you can use an existing smartphone or tablet to control it.